How local journalism can upend the 'fake news' narrative 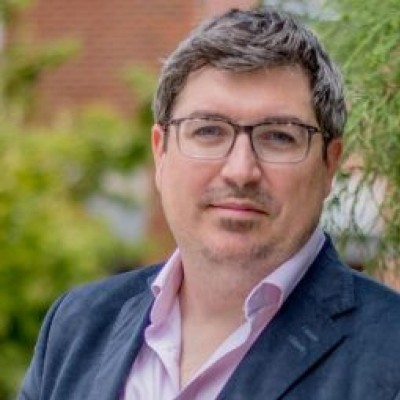 “For the first time media is the least trusted institution globally,” Edelman, the global PR and marketing firm concluded in its annual worldwide study on trust in institutions like the media, business and government.

These international findings are in line with recent data coming out of the U.S. A 2016 Gallup poll reported that just 32 percent of Americans trusted the mass media, while an Ipsos poll from summer 2018 found that nearly one-third of Americans agreed that the news media is the “enemy of the people.”

How did it come to this?

First, it’s important to recognize that our national media, just like our politics, has become highly partisan.

Second, it’s necessary to acknowledge that existing media business models fuel this polarization. The drumbeat of an us-versus-them narrative has created what Tim Dixon, co-author of a new study titled “The Hidden Tribes of America,” calls a “cartoonish view of the other side.”

So what can be done to remedy this state of affairs?

Moving forward, I believe that local journalism – a key focus of my research and journalistic background – can play an important role in turning the tide and tackling this media malaise.

Traditionally, the most important function of the Fourth Estate has been seen as watchdog reporting – journalism that holds authority to account.

But, this type of journalism is not exclusive to larger publications.

The impact and potential importance of these efforts at a local level can be seen each week in the “Local Matters” newsletter founded by the journalists Joey Cranney, Alexandra Glorioso and Brett Murphy.

It was also recognized last year when Art Cullen of The Storm Lake Times won the 2017 Pulitzer Prize in Editorial Writing. The twice-weekly newspaper in Iowa has nine-person staff and covers a town with a population of 10,000.

Research shows, however, that audiences don’t just want local news outlets to be watchdogs. They want them to be a “good neighbor” too.

Local journalists are often the only journalists that most people will ever meet. So they play a significant role in how the wider profession is perceived.

For Caitlyn May, editor of the Cottage Grove Sentinel in Oregon, this means “it’s essential that journalists leave the office and go out into the community.” One way she does this is by holding a monthly, informal, “Meet the Editor” discussion at a local coffee shop.

Other outlets, such as the Dallas Morning News with their Curious Texas project, and KUOW Public Radio in Puget Sound, Washington, are partnering with a start-up called Hearken to encourage audiences to submit questions they want answered or suggest topics that they want local journalists to cover.

Poynter’s 2018 Media Trust Survey identified that trust in local media is considerably higher than for national media. By blending watchdog reporting with community engagement, newsrooms can build on this foundation.

But what happens when local media disappears?

“Our sense of community and our trust in democracy at all levels suffer when journalism is lost or diminished,” researchers at the University of North Carolina wrote in a recent report.

“In an age of fake news and divisive politics,” they added, “the fate of communities across the country – and of grassroots democracy itself – is linked to the vitality of local journalism.”

Put another way, if you consume local news, you’re more likely to vote, contact local officials and participate in other forms of civic and democratic engagement.

Although many local newsrooms are going through a period of reinvention and reinvigoration, the sector needs to be on a more even financial keel if it is to successfully move forward. Outlets have to consistently produce high quality work in order to demonstrate their unique value to communities.

This isn’t necessarily easy at a time when their are fewer journalists. Nearly half of all newsroom jobs – more than 20,000 of them – have disappeared in the past 20 years.

Recent research has highlighted the potential impact of these cuts at the local level.

Data produced by Duke University found that “less than half of the news provided by local media outlets is original. Only 17 percent is "truly local” in the sense that it’s actually about events that have taken place within the city or town.

Journalism professor and researcher Jesse Holcomb has noted that local news outlets are still struggling to adapt to digital. He likens the internet to “an ill-fitting suit: functional, but not made for them.”

The Expanding News Deserts report, published in October by journalism professor Penny Muse Abernathy, showed that 171 U.S. counties do not have a local newspaper at all.

Diminished resources – which may, in turn, lead to a less ambitious editorial mission – can have a profound impact on the health of our communities and democracy.

To succeed, local news providers must be relentlessly local and offer something different if they want people to pay for their product.

They also need to be more visible, embracing opportunities for real life engagement and consciously diversifying the range of people they interview.

According to a 2006 study by journalism professors Don Heider, Maxwell McCombs and Paula Poindexter, this means that investigative and watchdog reporting should appear alongside stories that demonstrate “caring about your community, highlighting interesting people and groups in the community, understanding the local community, and offering solutions to community problems.”

That way, local journalists act as a check on those in power and create an informed citizenry, while also fostering a sense of community.

And local journalists don’t just help communities make sense of the world around them. They’re also a proxy for the wider news industry.

It’s harder to believe that everything is “fake news” when the journalist you meet at back-to-school night, your kid’s football practice, or in the local coffee shop is not just your neighbor, but someone who is also reporting on important local stories that you know to be true.