Affairs of the heart 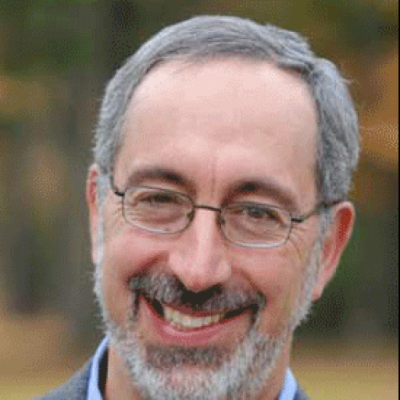 Why do people give? Nonprofits often think that donations result from extended intellectual analysis. In fact, most donors don’t think their way into giving to charity, but are primarily driven by emotions.

Some people misunderstand the motivation for charitable giving. They consider that charitable donations typically result from extended intellectual analysis. In fact, most donors don’t think their way into giving to charity. From my observation, charitable giving is primarily driven by emotions.

I thought of this the other day as I was being interviewed by a group of graduate students studying nonprofit effectiveness. The students, who impressed me by their intelligence and earnestness, presumed that donors based their charitable giving on key measures of nonprofit efficiency and outcomes.

I disagreed. First, I disabused them of the notion that Charity Navigator and other evaluation agencies did a good job of measuring the quality of nonprofits. (For more on that, see my “Navigating the Evaluators” and “Missing the Obvious in Nonprofit Ratings.”). But I also stated that, when it comes to donating to charity, most donors follow their hearts, rather than their minds.

Charitable giving is not like buying shares of stock or being a venture capitalist. Investors want to know about market conditions, debt ratios, and market share. They want to understand the return on their investment, exit strategies, and growth potential. Though there’s no doubt that an element of emotion can seep into financial investment decisions – fondness for the CEO, faith in the financial advisor or hedge fund manager, a childhood connection with the product, or evocative advertising – for the most part investing boils down to dollars and cents and objective measures of performance and potential.

It’s fiendishly difficult to come up with those kinds of measures for charitable organizations. A youth development program may clearly make a positive impact in the life of a kid, but how do you measure the size of that impact, and how to compare the program’s influence with larger environmental factors – school quality, family stability, economic security, proper nutrition, and access to healthcare? And how much is that program impact worth in terms of charitable expenditures? It’s almost impossible to say.

Gauging the return on charitable investment is even trickier when comparing organizations in different sectors. How much social benefit does a $10,000 gift buy at, say, a health clinic as compared with a land trust or a soup kitchen? Charity Navigator and the other rating agencies dodge the impact question (because it’s so hard to answer, especially from afar) and fall back on measures that purport to evaluate the organizations’ efficiency, transparency, and sustainability. These measures seem more obvious and quantifiable, but even they are problematic, largely arbitrary, and subject to manipulation.

But simply because positive outcomes and effectiveness at nonprofits are hard to measure, that doesn’t mean that charitable organizations are ineffective. Far from it! Charities are vital for society. Nonprofits educate and nurture children, cure diseases, save endangered species, counsel veterans, and treat drug addiction; they promote music and art, produce plays and concerts and art exhibits, acculturate immigrants, feed the hungry, house the homeless, and in general weave a combination of safety net and cultural tapestry that makes our communities more vital and livable. True, the impact usually is not easy to measure. It’s not like reading a stock prospectus. But we know the value in our hearts – and that’s what inspires us to donate.

People donate to a school because they themselves went there and have a strong emotional tie – and, perhaps, if they attended on scholarship, they feel an obligation to give back. People donate to hospitals that treated their loved ones and they give to research institutions studying diseases that have affected their families. People give to agencies that help children because they love kids, and to organizations that help puppies because they love animals. I don’t mock any of these motivations. I’m simply pointing out that donors do not typically analyze the financials or, to borrow from the off-putting jargon of the foundation world, they don’t study these organizations’ “logic models” or “theories of change.” Donors simply give. It’s emotional. And giving makes the donor feel good.

We also donate because we like the people running the organizations. Nonprofit leaders who strike people as honest, passionate, dedicated, thoughtful, caring, and genuine attract financial support. There’s an old cliché that “people give to people.” I find clichés useful: they may be trite, but they’re usually based on fact. This one certainly is.

Here’s a personal example. About 20 years ago, I met a man I’ll call Marcus. Marcus told me that he was leaving his job in the business world to start a nonprofit that would promote children’s literacy. He proposed that his new organization would read books to children in underserved towns and neighborhoods, and distribute quality books to the kids and to schools and libraries in those communities.

I didn’t think much of Marcus’s chances for success, if only because, well, starting any nonprofit is challenging. That said, Marcus struck me as a terrific guy – idealistic, intelligent, and driven. Marcus turned out to be pragmatic and well-organized as well, and his group became a great success, with widespread impact and a wonderful reputation. Two decades later, Marcus is still at it, and my wife Pat and I are enthusiastic supporters, helping as donors and volunteers. We do believe in the mission – promoting children’s literacy and the love of reading. But more than that, we believe in Marcus. We trust him. We admire him. We appreciate him. And we support him.

I consider myself a pretty thoughtful guy, particularly about the charitable sector, where I work as a consultant and where I’ve spent my career. And yet I give to Marcus’s organization largely because of emotion. I have fondness and respect for Marcus, and I want to do what I can to help him add a new chapter to his success story. I also appreciate that he’s always prompt and grateful in acknowledging our contributions. I smile when I send off a check to him – it makes me feel good. That’s an emotional response, not an intellectual evaluation. I don’t read his annual report carefully to see if the number of books distributed has gone up, or whether the mission statement has recently been rejiggered. I honestly don’t have time for that, and I figure Marcus and his team know best. I trust him, fully. But we certainly respond to the photos of children exulting in their new books. That gets us excited.

I give from my heart – and my observation is that most other donors do the same thing. There’s absolutely nothing wrong with that. The challenge for nonprofits is that, in their appeals to supporters, they have to be bilingual. When responding to certain institutional funders, nonprofits need to describe their impact in clinical, unemotional ways. They speak of units of service, outcomes, intake procedures, on-boarding processes,  pre-test and post-test scores, and all of that.

But nonprofits need to remember that four out of every five dollars in this country are donated by individual donors. Certainly, in approaching individuals, speak to our heads and make an intellectual case for your organization. But, first and foremost,  speak to our hearts.

8 thoughts on “Affairs of the heart” A power imbalance gets in the way of setting smart policy on donor-advised funds
Alan Cantor / 6 min read
Posting....